… is music. And the thing that gets my blood boiling are live concerts. It’s the atmosphere, the loud ear-blasting sound of a guitar riff,  the pulsating bass massaging the guts, the audience going crazy when the band boards the stage. All this and more is my addiction to music.

In the last few years I’ve been to countless concerts of every scale. From The Rolling Stones performing in a sold-out Ernst-Happl-Stadion in Vienna to Wham Bam Bodyslam performing in front of three people near the Attnang baseball field. But it took some time for me to realize that I should start bringing my DSLR to concerts instead of my cell phone camera …

The first big concert I’ve ever been to was U2’s gig in the Ernst-Happl-Stadion 2005. Sadly I just had a crappy cell phone camera so you can imagine the quality of those pictures (especially when I had to ZOOM to shoot the band). Therefor I won’t post them because you cannot see ANYTHING, just a blurry … something that claims to be Bono 🙂

So in 2006 there weren’t any concerts so let’s start with the photo series at April 13, 2007. The location was the „Alter Schl8hof“ (old slaughterhouse) in Wels. The band were the Italian anti-fascist Oi!-skinheads Los Fastidios and all the images I took inside were disgusting, blurry and underexposed. BUT I managed to get a good shot of some friends of mine, walking around in Wels … 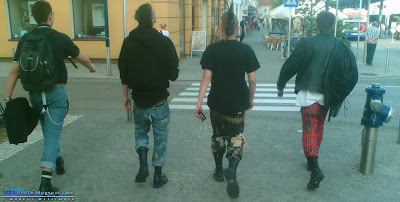 I cannot remember the type of cellphone I had at that time but surprisingly the photo turned out pretty nice. Not too much noise, the shutter speed was acceptable and the exposure needed just a little tweaking 🙂

Now I’m writing about my first concert photographs for some time and you haven’t seen a single band yet.
I feel terrible!
So please excuse this looooong introduction and enjoy the German psycho/punkabilly band Mad Sin performing live on stage @ Pfingstspektakel 2008: 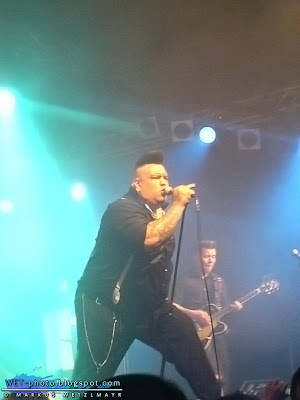 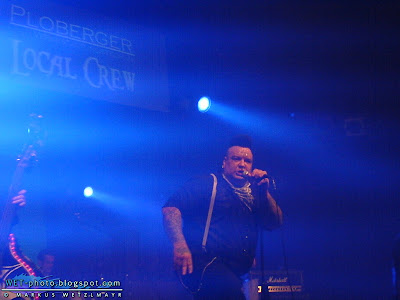 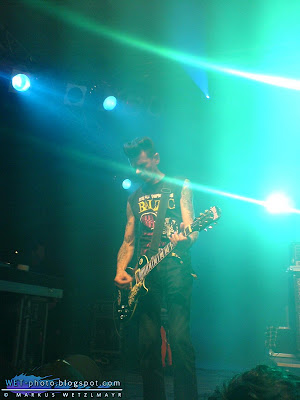 Those photos were taken with the Sony Ericsson W810i cell phone! The shutter speeds of those pictures vary from 1/125 second up to 1/30 second and the ISO ranges from 80 to 160 with an constant aperture of f 2.8. Especially the last photo shows that this cell phone was able to shoot decent pics when the stage light is good enough.

So there’s another photo of 2008’s Pfingstspektakel I want to post. The Vorarlbergian (most western part of Austria 😉 ) band The Monroes … 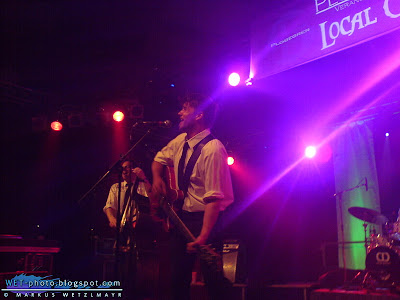 Now we’ve seen that my old cellphone was able to capture decent pics (and compared to my other cell phones I’ve tested at concerts over the years: by far the best pics!). On October 3, 2008 I went to the „Arena“ in Vienna to see the German Oi!-band Broilers. There I took a photo from the first row which became my cell phone wallpaper for almost one and a half year and even now I still love it …. 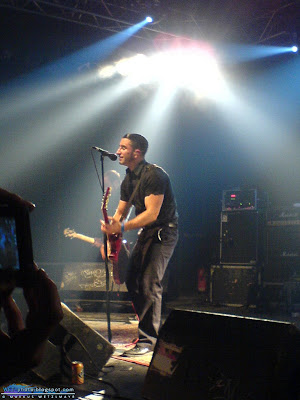 It captured everything I loved about this concert. Sammy Amara’s happy face when singing „Heute schon gelebt“, the great mafia-like style of the band and the incredible atmosphere at the gig.

Ok, that’s it for 2008! Let’s continue with 2009. There’s not much to show because I wasn’t able to produce many good photographs at the concerts. The AC/DC-photos are completely messed up due to this disgusting invention called „cell phone cameras with digital zoom„. To keep it short: DO NOT ZOOM WITH YOU CELL PHONE’S CAMERA! DON’T DO IT! 😉

Nevertheless, I managed to get a good shot of Enrico from Los Fastidios, which I saw at the „Let’s Get Loud Festival 2009“ in Amstetten (you know .. hometown of Austria’s biggest celebrity after Hitler: Josef Fritzl).

Enrico did a nice posing, the stage light also really played along just the Sony Ericsson C510’s camera tried to play evil games with me: a shutter speed of 1/10 second … 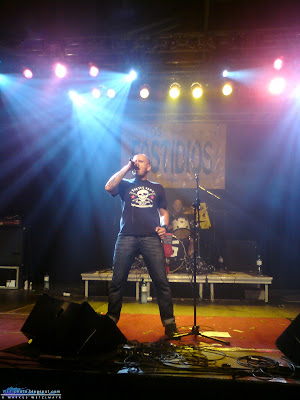 The results of this crappy cell phone camera can be inspected at the fullsize image. Come on Sony! Calling a cell phone „CyberShot“ and giving it a worse camera than the „WALKMAN“ cell phone? You can’t be serious (on the other hand: the C510’s music player was way better than the W810’s 😀 ) 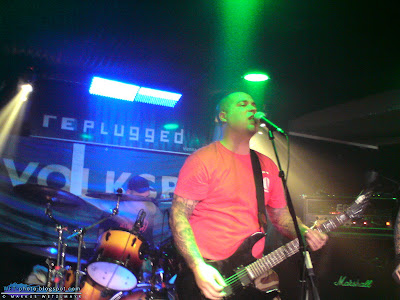 Pascal and his band KrawallBrüder (= „riot brothers“) performing in the small Replugged-club in Vienna. Once again, there are the same C510-related problems like before. Still, I think this shot turned out pretty nice!

—SKIP SECTION IF NOT INTERESTED IN CONCERT PHOTOGRAPHY TIPS!—

Taking photos at a concert, in the middle of the mosh pit, having just the built-in flash of the a200 … I had to learn alot. And I had to learn it damn fast!

Maybe the most important thing to learn was: ALWAYS bring a bodyguard when you’re entering the space in front of the stage. In my experience, people are careful when they see that someone’s taking pictures BUT there can always happen something.

Number 2: the built-in flash is crap! It’s constantly too strong, you have to limit its power. I first tried it with a small piece of paper and taped it over my flash – BAD IDEA: the flash gets hot after a while, I think hot enough to ignite the paper. After some time I discovered this sweet little option in the a200’s menu called „flash compens.“. There you can adjust the strenght of the flash. Good to know! Immediately the pictures turned out more saturated 🙂

Addition: If you can, avoid using flash and invest some money into fast prime lenses with a large aperture (1.8 or 1.4). I’m currently saving money to get one of these because I don’t want to annoy the bands with my HVL-F42AM flash. Even if you flash indirectly and use a bouncer it’s still annoying and might get you kicked out.

So here are the photos featuring the Austrian bands Bloodshed Remains, Counterweight and more. 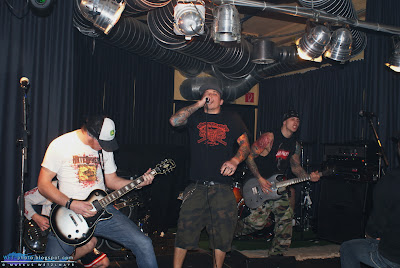 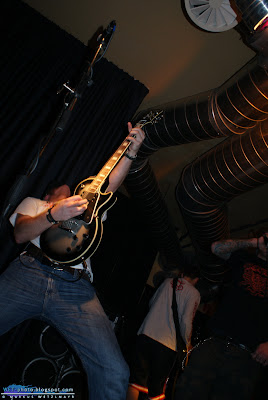 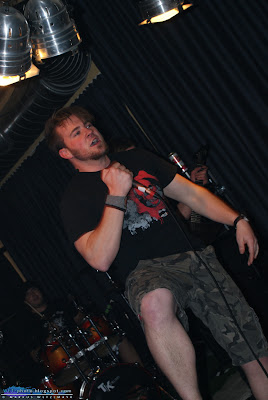 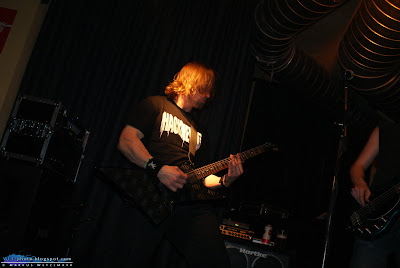 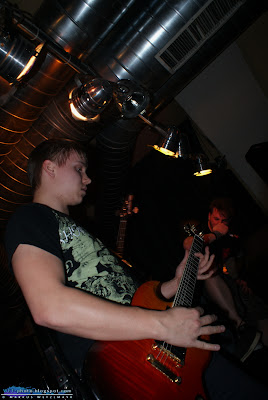 On April 9, 2010 I had the chance to see what I’ve learned because another bunch of local bands were playing in the Alter Schl8thof (see first picture in this post for further details on the location). So there I was again. My „birthplace“ if you want to call it that way. The place where my subcultural path started almost exactly three years ago. But now I was armed and dangerous. I had my camera bag, my DSLR and my good ol‘ 18-70mm (no bodyguard but I survived anyway!). And without any necessary chit-chat: Here are the photos! 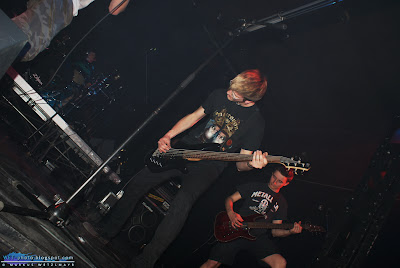 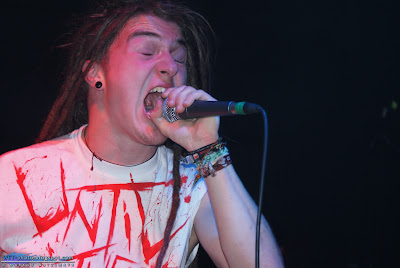 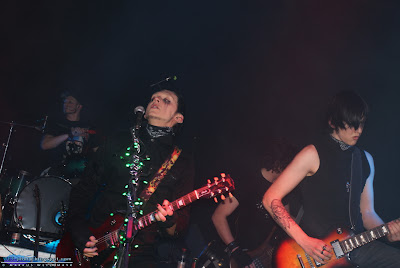 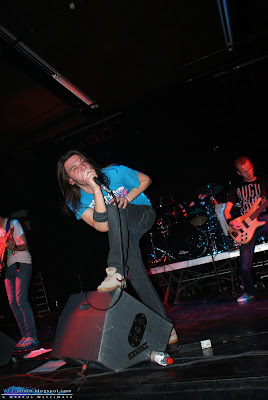 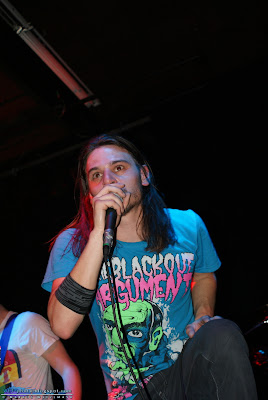 Ok, enough of that „evil“ and „aggressive“ metalcore music. Let’s continue with something more cheery …

Pfingstspektakel was coming again! This year was the 14th time, that’s quiet impressive for something that started with just one band. If you’re interested, check out the history of Pfingstspektakel.

I already posted two photos so I’ll just put the photos of the German Celtic-Folk-band Fiddler’s Green into this post! If you’re wondering what the F* this … „thing“ on the first pic is: That’s their roadie with a goat mask doing the intro to the show 😀 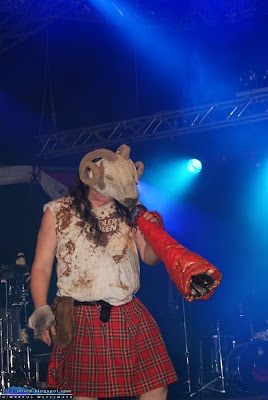 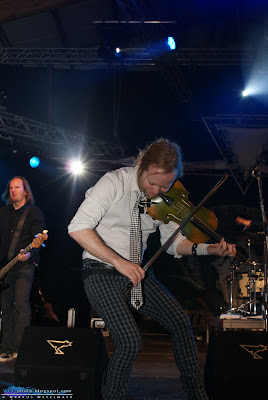 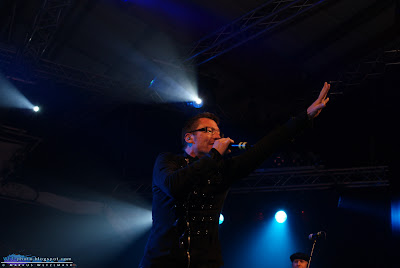 What an amazing Pfingstspektakel! Can’t wait for next year’s!

the Italian streetpunk-band One Trax Minds performing in the Arena „Beisl“ (Austrian for „pub“) right after The Real McKenzies finished their gig. If you’re interested in the photos of The Real McKenzies feel free to read the „C’mon Ceilidh with me“-post 😉 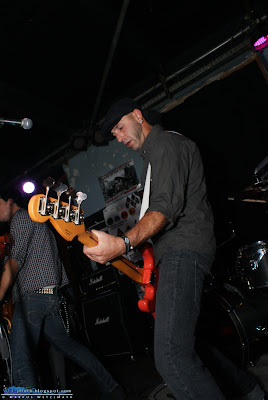